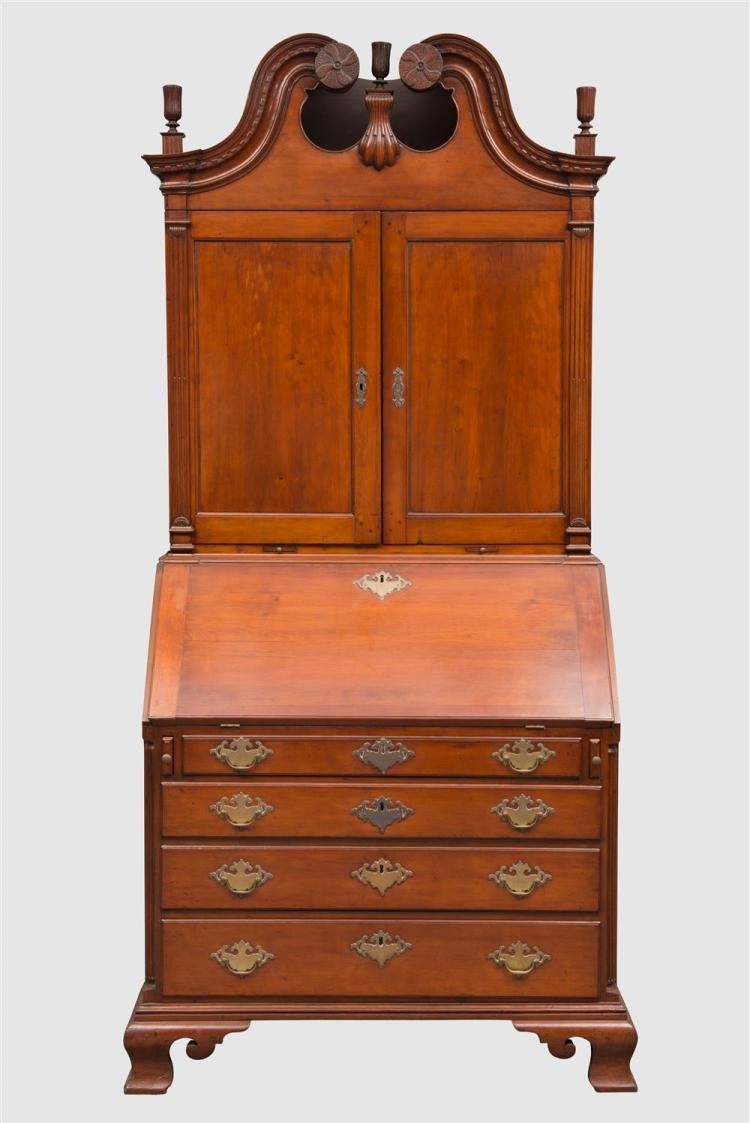 Provenance: The Estate of a Chestnut Hill, Massachusetts Gentleman.

Other Notes: Calvin Willey was born in 1769 in East Haddam, Connecticut and learned his trade as an apprentice to a Colchester, Connecticut school cabinetmaker. After he completed his apprenticeship he moved to Lenox, Massachusetts where he made many of the pieces of case furniture known to be by him.
A similar Chippendale Carved Cherrywood Bonnet-Top Desk and Bookcase, signed by Calvin Willey, was sold at Sotheby's New York, January 22, 2006, lot 534; and an unsigned Chippendale Carved Cherrywood Bonnet-Top high Chest-of-Drawers, attributed to Calvin Willey, was sold at Christie's New York, January 20, 2012, lot 107.