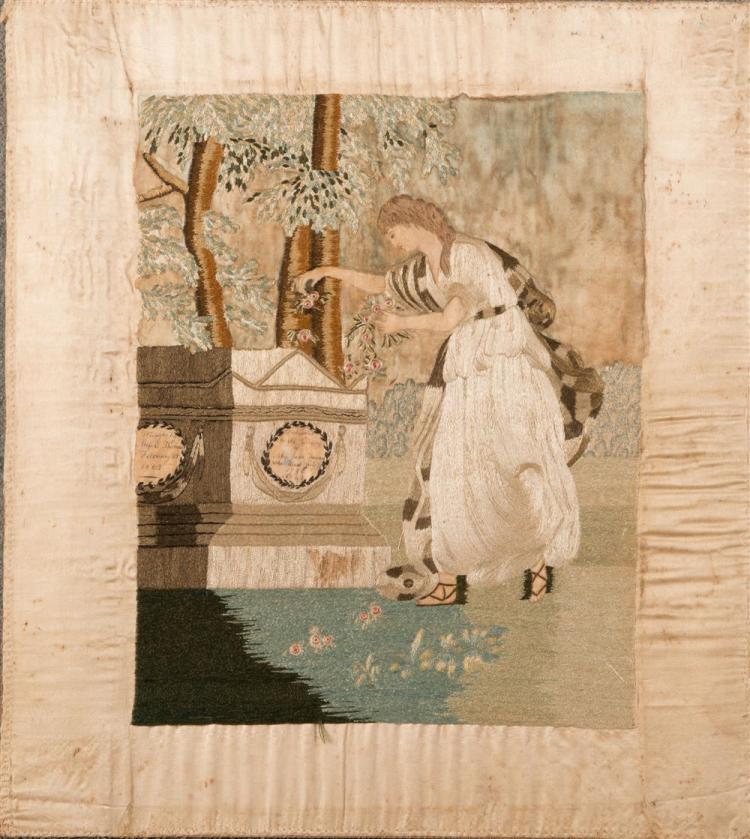 Provenance: The Estate of a Chestnut Hill, Massachusetts Gentleman.

Other Notes: Elizabeth Thoreau (1782-1839), the aunt of noted American writer Henry David Thoreau (1817-1862), made this memorial to her mother, Jane Burns Thoreau (d. 1796), the grandmother of Henry David Thoreau. Jane Thoreau was married Jean Thoreau, who emigrated to America from the Isle of Jersey in 1773 (Jean later Anglicized his name to John). Jean and Jane Thoreau had eight children, including Elizabeth, who created this needlework memorial, and John (1787-1859), who married Cynthia Dunbar. Together, John and Cynthia had four children, including Henry David Thoreau.